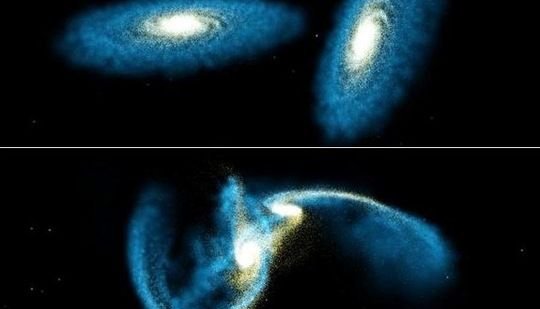 Young, fresh, and vibrant talent is the magic every great organization is made of. Courting for retaining the crème of the crop is a function embedded inside of the strategic organizational objectives. However for the talented—‘industry virgins’ are there any lessons the universe has to offer to help these ‘stars’ find their way in this huge Cosmos called career building?

Where there is a fresh perspective there is a breeding ground for innovation. Innovation begets innovation. Where innovation is absent there is the very present threat of death by destruction. The ‘stars’ in the cosmos of business represent the reproductive health of organizations—the lifeblood of hope to remain alive by escaping the black holes of financial failure and financial loss.

The Galactic Cannibalism Theory facilitates 3 truths for these ‘stars’

1.Your Gas Your Glory

The energy you bring to the situation is the main reason you are being courted. The belief in your ability to produce magic is the secret of your juice. You have never been more attractive. The advice: You may want to ‘hold out’ for a situation that will produce gas as you expend gas for your chosen galaxy.

2. Be Aware: You are Being Eaten

Once you have agreed to an opportunity; understand you are the meal. Your talents are to be consumed. You have consented to being digested—integrated with the rest of the stars, gas, and planets that make up your particular career galaxy. The advice: Choose your galaxy before IT chooses you—position yourself to be noticed before you are noticed. Be smart, if you are going to be eaten make sure it was not ad hoc but ‘ad purpose’ securing you a position on the winning team for the long-term.

John Maxwell authored The 360 Leader, where he explains the opportunity to serve in any capacity is an opportunity to expand influence. The short definition of leadership is influence. You have been eaten therefore you now must become a leader in your galaxy in order to stay relevant to your galaxy. The advice: Grow in stature by growing your sphere of influence with every person you touch. ‘TOUCH’ not eat—do not practice cannibalism–practice influence.

The moral of the theory—you were made to be eaten in order to contribute greatness to greatness. Don’t fight the feeding!